How To Take Screenshot On iPad (For Any iPad Generation) 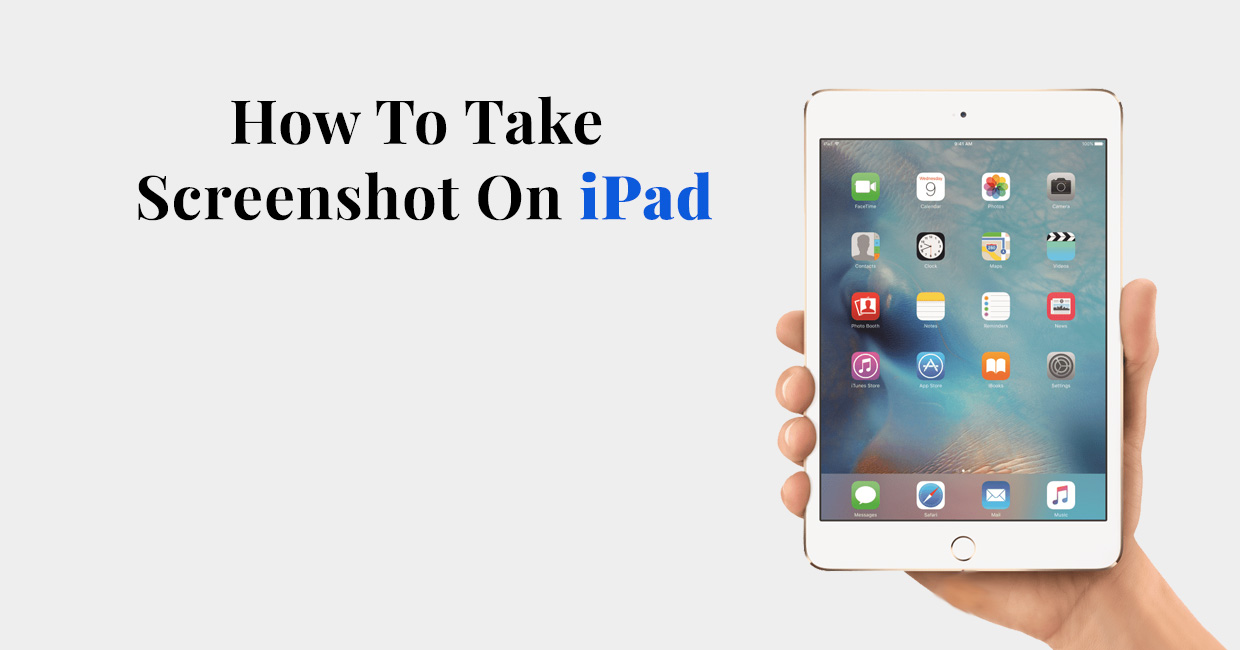 If you don’t know how to screenshot on ipad than we will guide you in this blog. Keep reading.

You want to explain directly about something related to your software or technology and point out anything important in it. But you want to elaborate in detail without sending through a lobbying message. Then by taking a screenshot you can capture the image or exact picture of what you are seeing on your phone and share it with others without sending a long message.

Do you know how to take a screenshot on an iPad? Let’s see step by step how it works.

How To Screenshot On iPad?

There are three methods in iPad to capture a screenshot. One is the “Top and Home or Volume up Button”; the second is the Assistive touch method, and the third is using apple pencil.

1. With Top and Home or Volume Up Button

By using this method, we can capture screenshots in two ways.

Most of the iPad comes with a Home Button like the latest iPad 8th generation and iPad 9th generation. Here, you can see the Home button on the front side of the screen. In some generations of iPad like the 4th generation iPad Pro, there is no Home Button given in the iPad.

Now, let’s see the steps to take a screenshot using the Top and Home or Volume up Button.

On iPad, locate the button first. The phone has a Top Button which you operate for on or off function and locks the screen.

If you are using an iPad without having a Home Button, you have to locate the Top button and Volume Up Button.

Press the Top Button and hold it when viewing the screen picture or material you want to capture, and simultaneously press the Home Button and unleash both Buttons at the same time. For the iPad Pro 4th generation or iPad without having a Home Button, Tap and hold the top button and then press the Volume Up Button and release both.

After releasing both the buttons, the iPad screen will flash shortly, and you’ll hear a faint noise.

After you capture a screenshot, a thumbnail momentarily appears in the lower-left corner of your screen. You can tap the thumbnail to open the taken screenshot or swipe left to dismiss it.

After capturing a screenshot, the captured image will automatically save in the photo gallery.

Now, open the photo gallery of your iPad to view the captured image.

AssistiveTouch, part of the iOS and iPad Operating System availability list, provides an on-screen menu that allows you to set up various activities that would commonly require a Button combination and can take a screen capture of them.

But sometimes, you can’t press different buttons simultaneously; then, at that moment, the best way is to capture the screen with AssistiveTouch.

You have to set up a custom screenshot function under the Custom Action section if you want to take a screenshot by tapping double or long-press that you have to choose from here.

Steps To Take A Screenshot On iPad With AssistiveTouch

When you view the screen picture, you have to double-tap on the screen to take the screenshot.

After the double tab, one menu will appear with some options on the screen. You have to choose the screenshot option for taking a screenshot.

After taking the screenshot, the image will be directly saved into the iPad photo gallery, and you can open the image now from there.

3. How To Screenshot On iPad Using Apple Pencil?

How To Screenshot On iPad